For Cinco de Mayo, we wanted to create a new version of a Mexican amber lager, similar to what you might get from Dos Equis or Modelo Negra. Of course, since our brew day was the first of May, we missed May 5 by quite a bit (think of the Cinco de Mayo celebration as the brewing of the beer).

Technically speaking, Mexican lagers are actually Vienna Style lagers, which contain flaked maize alongside a base malt of Pilsner. Utilization of the pilsner malt typically means you need a longer boil (90m) in order to caramelize the malt a little more from the Maillard reactions, and to drive off dimethyl sulfide (DMS), which would make the beer taste and smell like rotting vegetables (specifically cabbage).

Since this is a lager, we also need to be careful about Diacetyl, which would give the beer a popcorn-butter flavor. In order to alleviate this, we allowed the beer to increase in temperature just after the initial fermentation for a couple of days. This helps the yeast clean up Diacetyl and makes for a crisper, cleaner flavor at the end. The beer is currently undergoing a process called lagering, which is essentially just storage at cool temperatures, to help it clear up any remaining yeast in solution, and to age a little before we put it on tap.

Finally, one person asked me, "Why is it called Tostarena?". For those of you who are video game enthusiasts, you'll notice that this comes from Super Mario Odyssey, and is the name of one of the early worlds Mario visits. It happens to have a lot of sombreros and maracas, so we decided it was a fitting name for our newest creation. 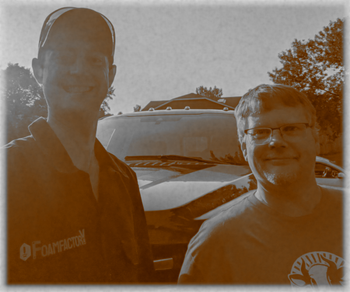